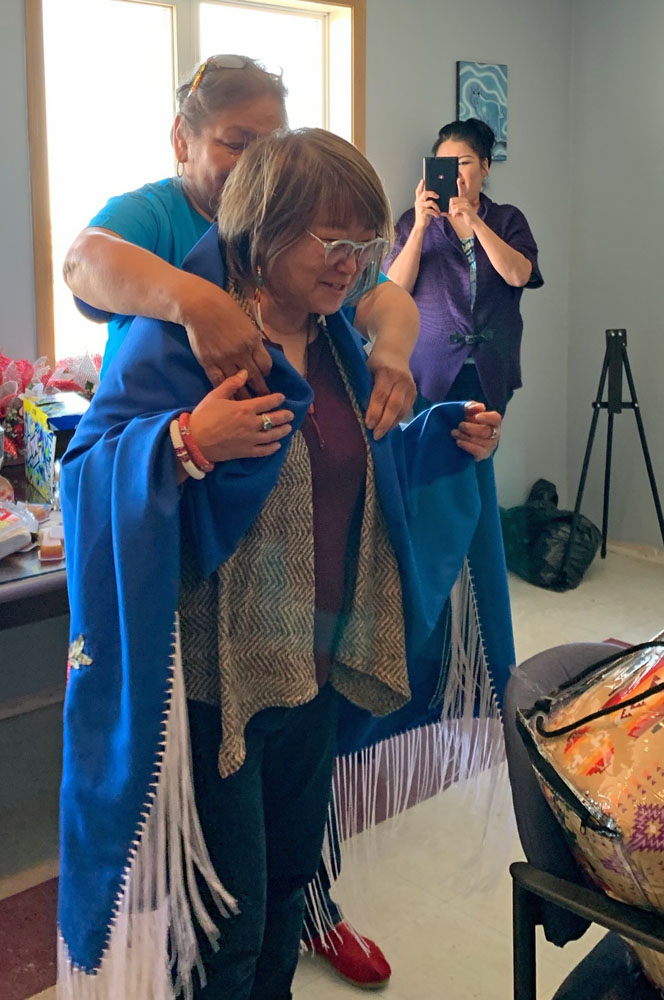 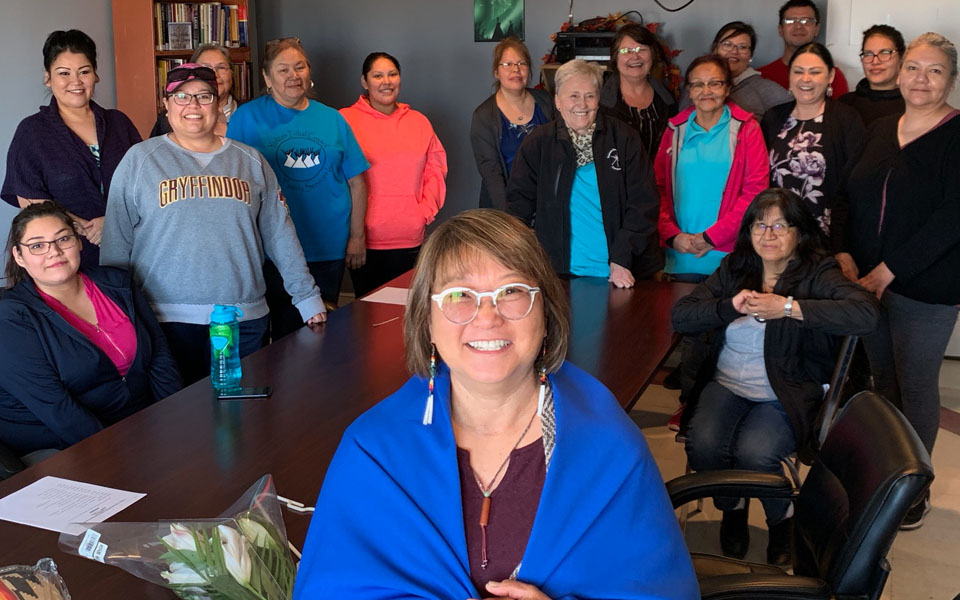 “Outreach counselling is important because there are situations where people simply are unable to come into our offices,” she explained. “There are so many obstacles that can prevent someone from getting the help they need – communication issues such as having no phones or Internet, having no transportation, time constraints, or issues with day-to-day coping that simply make it impossible for someone to physically come to the office.”

Knowing this, Shelley has made it part of her career to bring counselling services to areas such as Pheasant Rump.

“It’s important for me to understand what rural Indigenous families go through when they come to the city,” she added. “I strive to understand Indigenous culture and to provide services that are specific to what they need.” 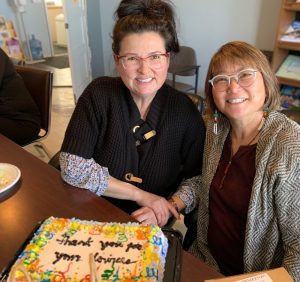 Earlier this month, her contract came to an end. She was surprised and honoured by the reaction received to the news she wouldn’t be renewing.

“I told them in the morning I wouldn’t be renewing my contract, and by the afternoon they had flowers, food, and many gifts – a handmade shawl, a smudge bowl, sage, tobacco, an Indigenous mug, a blanket, and some hand and foot cream. One woman gave me her smudge bowl wrap that was handmade by her sister,” Shelley recalled. “I’ve never seen so many people at the band office – I felt so undeserving and very honoured.”

As an advocate for First Nations decolonization and truth, Shelley’s time at Pheasant Rump was very meaningful to her.

“I believe we could all benefit from attending at least two Indigenous cultural ceremonies a year to have more cultural awareness and humility in service to our Indigenous clients,” she continued, “providing these services is a way of practicing personal reconciliation,” she concluded.

Clinical director, Natashia Schoenroth, noted what an amazing tribute to the beautiful work that Shelley has done with Pheasant Rump Nakota First Nation.

“It’s a true testament to the CARE principles with which Ranch Ehrlo Society operates from.  Shelley has always sought to be flexible and creative in providing treatment to the clients and families with whom she works.  This is just another testament of the great work that Shelley does.”