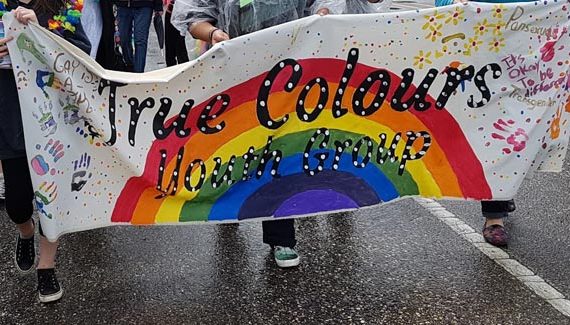 “We want to help reduce the shame and stigma and fear around identifying as somewhere on the LGBTQQ scale,” explained group founder Sherry Rapley, who is also a psychologist at Ehrlo Counselling.

The group plans to use the grant to rent a space to hold meetings, as well as purchasing resources, books and supplies. They will also use it for honorariums to bring in speakers. True Colours is open to youth from Ranch Ehrlo Society, as well as the community, so part of the grant will also go toward advertising so more young people within the city can learn about the group.

“We are so very thankful for this grant from the Lorne and Evelyn Johnson Foundation and the benefit it will provide to the youth attending this group,” said Ehrlo Counselling director Natashia Schoenroth.

The Lorne and Evelyn Johnson Foundation was established in 1962 with the objective of furthering the religious, educational, and cultural life of Regina and the province of Saskatchewan.