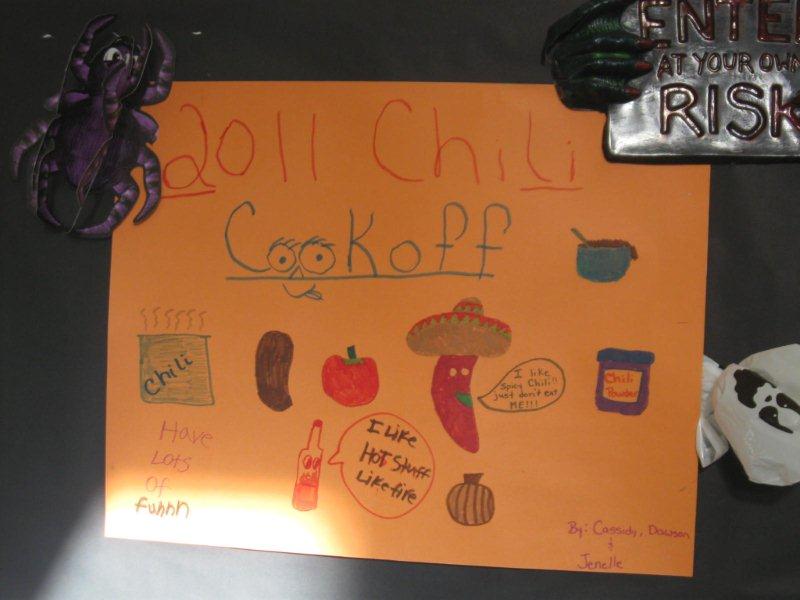 This event consists of a few things:

After the taste testing was done, and the votes were in and tallied, we announced the big chili cookoff winner!!  Everyone waited patiently ….wondering who it was going to be this year.  There was a buzz in the school and all five contestants were sure they were the one.

Everyone congratulated the winner, pictures were taken, and then all of the five chilies along with buns and salads were had.

The chili was amazing, the costumes were amazingly scary and funny, the participation was great as usual, the socialization was awesome….just another great celebration at Ranch Ehrlo.

If you think you have the best Chili recipe, contact me below and maybe you can show off your chili at next year’s chili cookoff.