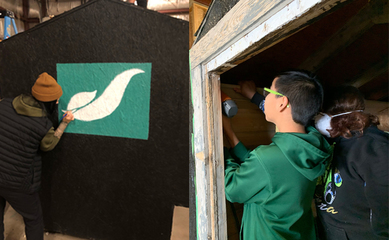 An abandoned ice fishing shack has a new lease on life thanks to Jewison House youth.

Direct care workers Brandon Radmacher and Ryan Clouthier spearheaded the renovation project. The two have a mutual love for the outdoors and ice fishing and planned some of Jewison’s winter activities around those interests. When they found the shack tucked away at the back of the Pilot Butte campus, a much bigger project was born.

“Our decision to pursue this project was based on the strong relationships we’ve fostered with the Jewison youth, and from past experiences which fueled the idea,” said Brandon, alluding to earlier this year when one of Jewison’s youth caught a 17-pound northern pike on a house fishing trip. 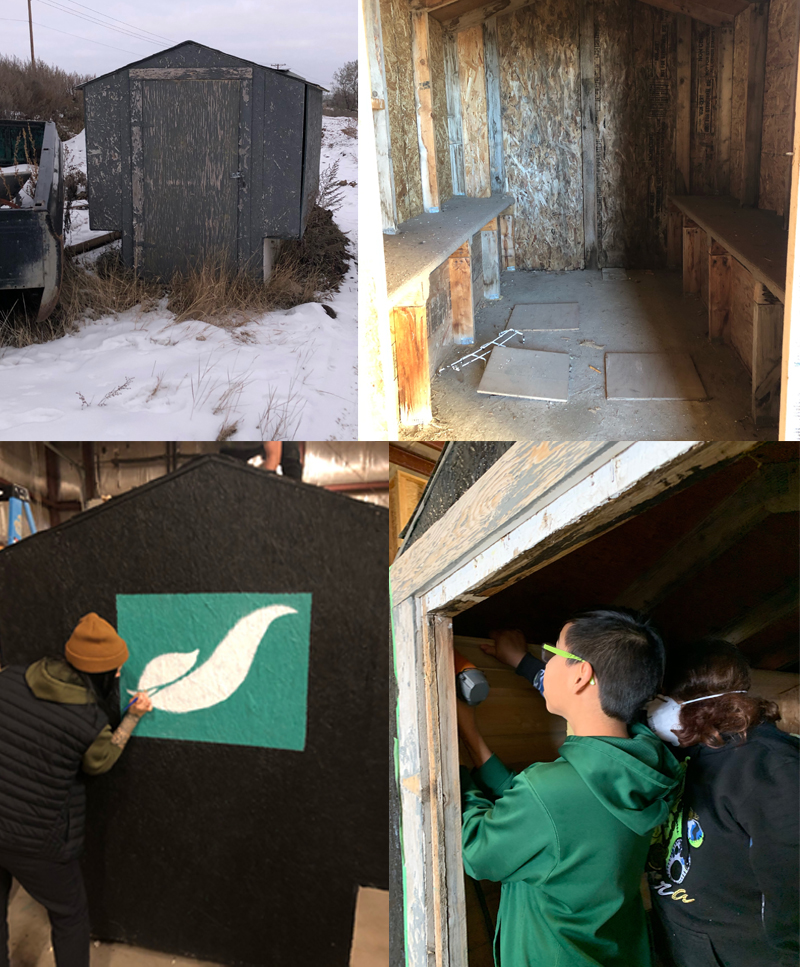 Once the necessary permissions were obtained, they set about sourcing the materials. Thanks to generous donations from Fries Tallman Lumber (shingles, pine, and other building materials) and Eden Landscaping who provided a trailer to transport the shack from campus to the shop and back, they were able to stay within a reasonable budget.

“Once everything came together, we began hyping the project up with the youth in the house,” Brandon explained. “With the enthusiasm built up, the youth were much more motivated when the project began.”

In keeping with CARE principles (Children And Residential Experiences: Creating Conditions for Change, a multi-level program aimed at improving services), Brandon and Ryan ensured that the tasks asked of each youth were within their personal competencies and that they were set up to succeed.

“We really noticed the youth taking pride in their work and striving to learn new skills.”

As a special treat, a foster parent of one of the youth was able to come out and help with the project.

“It was amazing to have a youth’s family there to share the moment with us, and a teaching moment for both the youth and his foster parent,” Brandon said.

Once the project was completed a palpable sense of pride swept over the group as celebrations were had and photos taken to commemorate the event.

Some final touches were put on the ice shack, including the painting of the Ranch Ehrlo logo before getting help from Ranch Ehrlo’s Life Skills Education Program staff and participants to load the shack for the trip back to campus.

Back on campus, a big reveal was held with every youth participating. Following the big reveal, each youth took the time to write down their favourite moments from the project.

“When we read what they’d written, it became apparent that this was more than an ice shack to the youth. Through the stress and planning of this project, being able to bring our interests into work and seeing every kid grow in different ways in such a short period of time made this a success in our eyes,” Brandon concluded.

“This project was not just for our boys and we want everyone to be part of it this winter.”