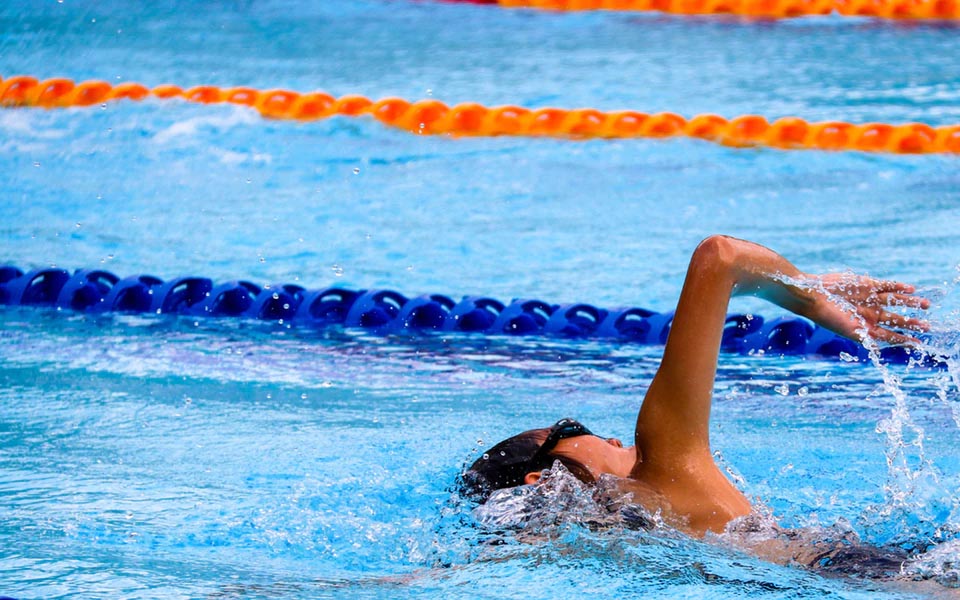 Now, Anna is one of MacKay’s only bronze-medallion certified staff.

Her desire to learn to swim came after having her daughter.

“I moved around a lot as a kid and was never in one place long enough to take swimming lessons. I never wanted to go to the beach or the lake because I didn’t know how to swim,” she said. “Once I had my daughter, I wanted to be able to feel confident in taking her to the pool or to the lake. I didn’t want her to miss out on those opportunities.”

But the idea of getting her bronze medallion in order to take MacKay’s youth camping wasn’t far from her mind. Ranch Ehrlo’s therapeutic camping program has long been an integral part of the agency’s summer activities and is considered pivotal in a young person’s experience at the Ranch.

“Camping isn’t much fun if you can’t take the kids swimming, so I felt like I was kind of responsible to go and get my bronze,” she explained. “I didn’t want to go on a camp trip and tell them they couldn’t go swimming in the lake because no one has their bronze medallion certification.”

She signed up for an eight-week one-on-one course and had her lessons geared toward the goal of eventually obtaining her certification. Besides learning many styles of swimming, such as the front crawl, back crawl, and breast stroke, her instructor, who was also a bronze medallion instructor, was able to give her a head start on things like turning someone with a suspected spinal cord injury over in the water.

After her eight-week class, which she completed in February and March, Anna practiced diligently to get her skills up to par for the timed swim in the bronze medallion course.

“I was really nervous about taking it, but finally just decided that I would try it and see how it went,” she said.

She ended up taking and passing the course in June, right before MacKay’s first camping trip.
MacKay House unit manager Mike Deis said, “this is an amazing accomplishment and we are very proud of Anna.”