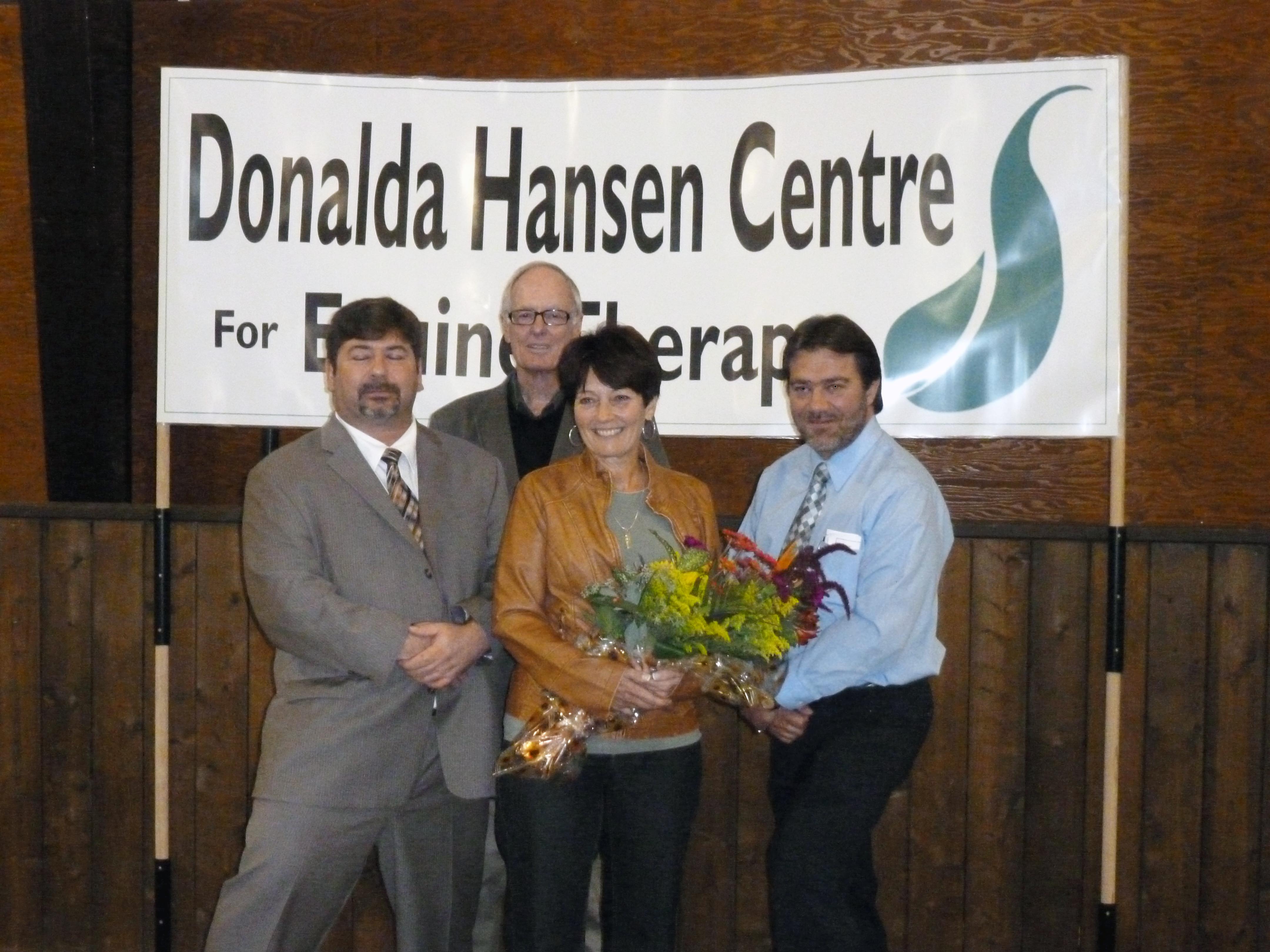 The Buckland Centre Riding Arena has a new name; the Donalda Hansen Centre for Equine Therapy. The official naming ceremony took place on Tuesday, September 20 in front of Ranch youth, staff, board members, family, and friends in the arena north of Prince Albert on the Ranch Ehrlo Buckland Campus.

“This classy building is adding just another layer of class when they but Donalda’s name on this building,” commented Kevin Mugford, director of programs north at Ranch Ehrlo Society.

Donalda was born and raised in Prince Albert. She has been a teacher and a school administrator for the past 30 years, retiring last year. Donalda was also a member of the Ranch Ehrlo Society board from November 2006 to June 2010.

Following opening remarks, Donalda and her husband Wayne, were surprised with a presentation of flowers from their two daughters, one doing her medical residency at the U of S, the other studying at Simon Fraser University. Ranch youth and the musical drill team then took centre stage in the arena and performed a musical ride.

Horsemanship is just part of the skills learned at the Donalda Hansen Centre for Equine Therapy; some of the numerous advantages to the program include improving communication, developing healthy relationships based on mutual trust and respect, and building confidence and self-esteem.

The event was kept low key at the request of the guest of honour, who was a bit humble to accept the recognition at first. Randy O’Shaughnessy, the senior director of programs north explained, “It took a bit of convincing to get Donalda to do it but it paid off and there is no one more deserving in my mind of this honour.”

Donalda was last to speak and addressed the Ranch staff, complimenting them on doing a great job working with the youth. She added that it was an honour to have the arena named after her.

“I’m really glad you didn’t make me ride a horse,” she ended with. “I’m terrified of them.”