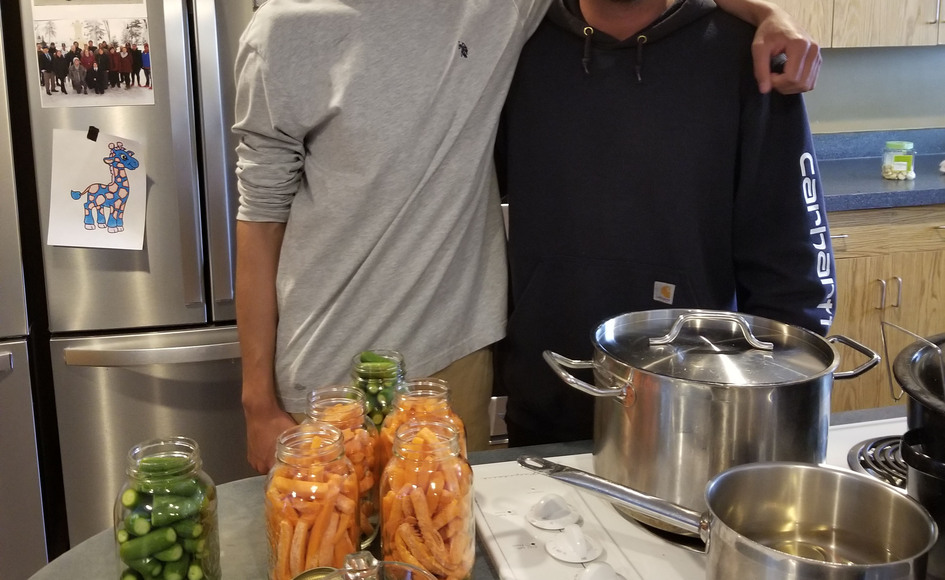 Relationships are an important part of what we do at Ranch Ehrlo. A relationship between two housemothers recently led to a learning opportunity for youth at MacKay House.

“She had pickles in one of the bake sales and they were the most delicious pickles I’d ever had. I thought instead of continuing to ask her for jars of pickles I’d better learn how to make these,” Krista said. 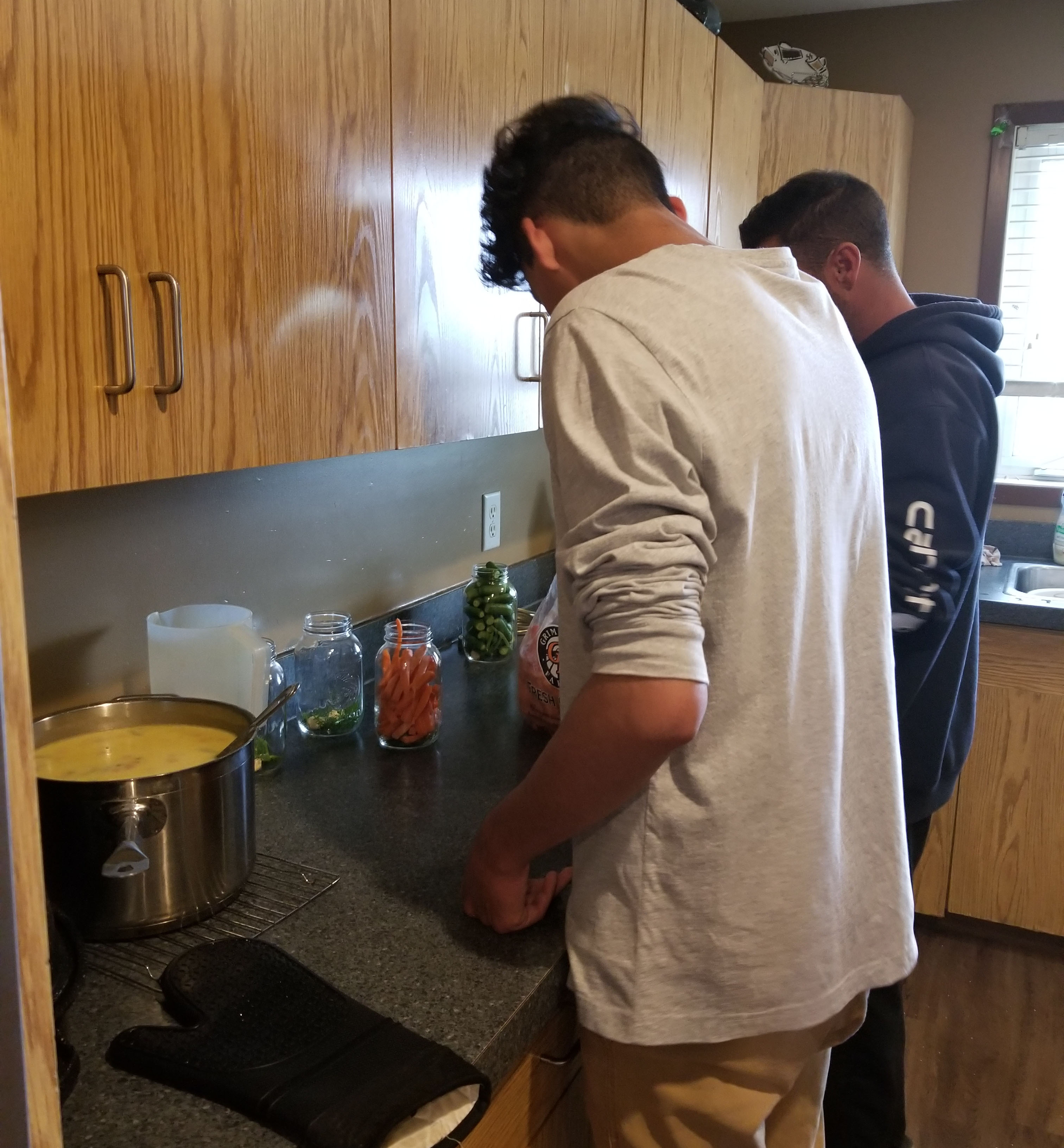 So, when a youth at MacKay House asked Krista for the same lesson, Krista was happy to oblige.

“The conversation started by the boys asking me what I’d done over the weekend. I said I’d done some pickling,” she explained. “They all love pickles. As soon as I buy a jar of pickles here, it’s gone.”

“One of the boys asked, ‘well how do you make the pickles?’ Then I asked him, ‘do you want to learn how to do it?’”

The youth, a 14-year-old, spent the day with Krista in the kitchen learning the process of pickling.

“I wanted to learn something new,” the youth said. “The hardest part was probably cutting all the pickles, because it took so long. It was time consuming, but fun.”

For her part, Krista said, “I enjoyed spending some one-on-one time with him and passing along a shared interest.”

The fruits – or in this case vegetables – of their labour have paid off. Krista and the youth made four jars of carrots and seven of cucumbers.

“We just opened the first jar of pickles and carrots, and they were a big hit.”