Pride around the agency 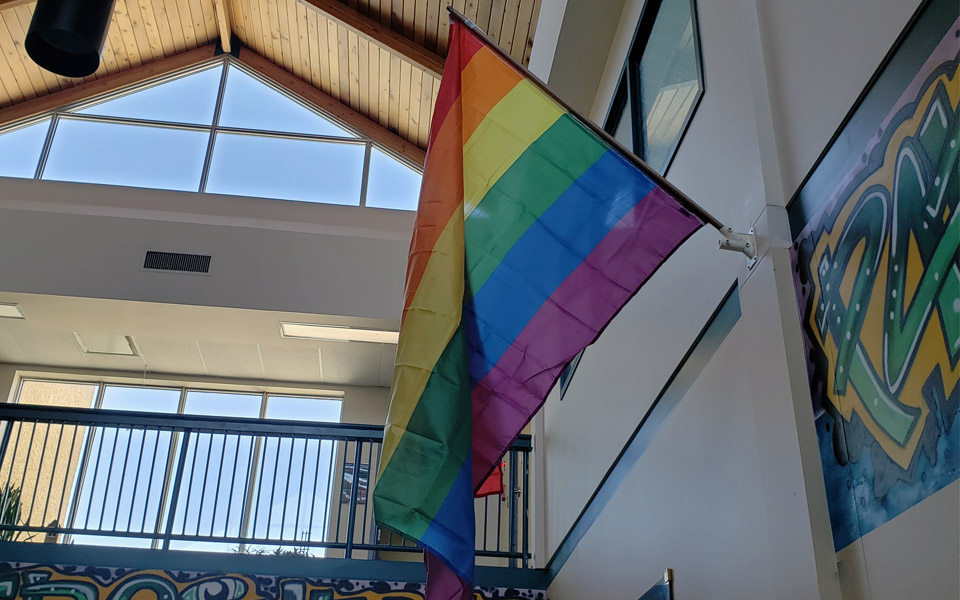 At Ranch Ehrlo, we are constantly striving to ensure all our clients feel safe, whether they are at home, school, or out in the community.

So when Schaller Education Centre principal Hayley Maurer and vice principals Ian McLellan and Scott Landry received a letter from a student asking them to display the Pride flag at Schaller for the month of June (known as Pride month), they didn’t hesitate.

The student, who identifies as a lesbian, talked about how, since coming to Ranch Ehrlo, she has felt accepted and safe.

“For youth to thrive in schools and communities, they need to feel socially, emotionally, and physically safe and supported. By raising this flag, you will allow youth to feel comfortable being themselves,” the youth said. “We who identify will feel more included if we have something to show our pride.”

“It will also show that those who don’t specifically identify within the LGTBQQ community support those who do,” she added.

2019 is a special year for the Pride movement.

“This year happens to be the 50th anniversary of the gay Pride movement, which originally started out as a protest for the basic human rights of LGBTQ people,” said Sherry Rapley, psychologist at Ehrlo Counselling and founder of Ranch Ehrlo’s True Colours youth group, a support group for Ranch and community LGTBQQ youth and their supporters.

True Colours will be participating in the Queen City Pride Parade for the third consecutive year. This year they will be joined by participants from Ranch Ehrlo’s Programs for People with Developmental Disabilities as well.

“Many of the LGBTQ youth in our group have experienced discrimination, stigma, or rejection from loved ones because of their gender identity or sexual orientation. This will be our third-year walking as a group in the parade. Each year, the youth are surprised at how many ‘allies’ come out to watch the parade from the sidelines and cheer us on. It is an opportunity for them to feel the love that exists within the broader community and to know that they can be proud about who they are.”

Whether it’s through support groups, flag raising, inclusive language, or any number of other initiatives, we have and will strive to make all youth and adults around the agency feel welcome, safe, and loved far beyond Pride month.