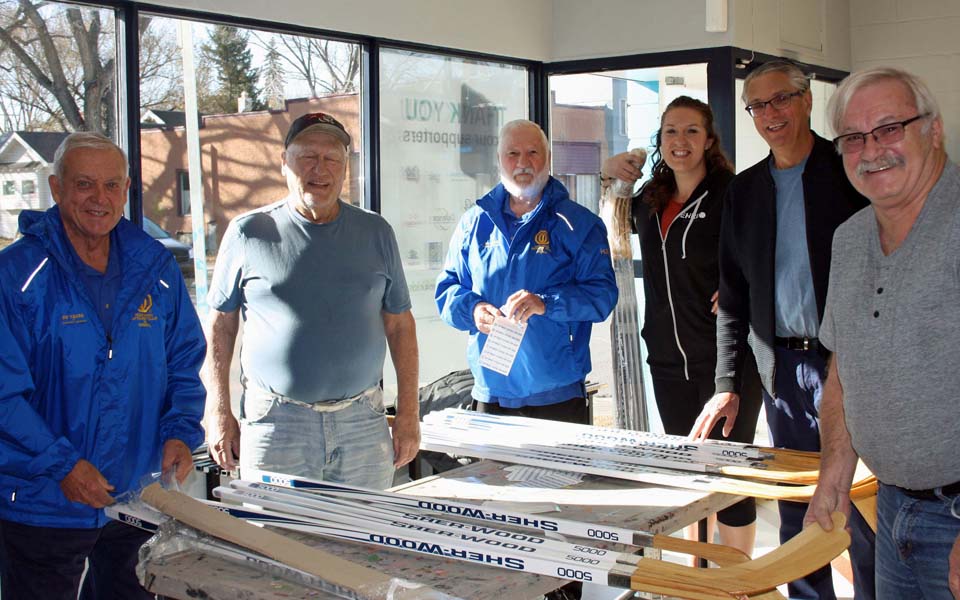 It’s pretty hard to play hockey without a stick, but thanks to the Optimist Clubs of Regina, our Ehrlo Sport Venture Outdoor Hockey League (OHL) players never have to worry about that!

The OHL offers free organized hockey for families who are unable to participate in traditional leagues. All equipment is provided, thereby eliminating the need for hard-to-afford equipment like helmets, pads and skates.

“It’s such a great project for the community, especially for those who perhaps might be in a position where they are unable to buy their own sticks,” said Larry Schneider, president of the High Noon Optimist Club of Regina.

“There are four Optimist clubs in Regina, and they all without question agree that this is one of the best projects that we do,” he continued.

Each year, the clubs donate approximately 450 sticks to the participants of the OHL. Two years ago, they also donated sweaters to the league, so the teams could have a sense of cohesion and identity, both inside the OHL and within the larger community of Regina.

“The donation of the sticks is huge for the OHL. It allows each player to receive and keep a brand new item each year that’s tailored just to them – it’s measured just for them, and we tape it for them,” explained Sport Venture manager Amanda McConnell. “I think that’s really important because most of the equipment gets returned at the end of the year.”

“It’s partnerships like this one that allowed the OHL to grow into what it is, and it remains important as we go into the future to be partnered with groups in the community who support the vision and the kids involved.”